Mortality rate due to unintentional preventable injuries in Israel is of 4.6 per one hundred thousand children. Children are injured at home, on the road, in schools and public spaces. Child fatalities and Injuries take a heavy toll on Israel’s society and economy.  The human cost and suffering of those affected by unintentional injuries  includes the disintegration of family life in cases of death and prolonged suffering to those in need of extensive medical care and in some cases lifelong severe disabilities taking an unimaginable toll on the life and wellbeing of the child, his family and his community.  A dead or disabled child will never fulfill his potential to build a better future. Since it has been proven that most injuries are preventable, it is our responsibility to back organizations that have proven effective impact and change to children’s lives preventing their suffering.

Beterem – Safe Kids Israel is the only entity in Israel solely committed to lead the culture of children safety from birth to age 17 in order to reduce child injury and casualties due to all types of accidents and to raise public awareness of the issue.

In the 25 years since its founding, Beterem Safe Kids Israel together with its associates has succeeded in reducing child mortality due to accidents by 50%.

To accomplish this, the organization is active on all levels. International, national (government and local authorities) and in the general public sphere, employing a myriad of proven strategies and action plans.

Since 2003 the Government of Israel has recognized Beterem Safe Kids Israel as the leading entity in the country for child safety. Beterem’s effort and proven track record enabled it to mobilize the Israeli government to decree in 2012 that a national long term child safety plan be devised and executed (decree 4289). The government appointed Beterem as the official professional consultant to this program.

Beterem was founded in 1995 at the Schneider Children’s Medical Center in Israel when Prof. Danon, Founder and Head of Schneider Children’s Medical Center, and Dr. Hemo-Lotem, a pediatrician at Schneider, were astounded by the high percentage of children who were perfectly healthy and were admitted to emergency rooms and hospitalized for a variety of injuries. The striking number of death and injuries emphasized the need to form an organization with the sole purpose of saving children from everyday injuries.

Donate and save lives

You can donate through: 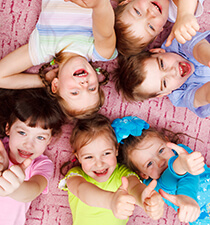